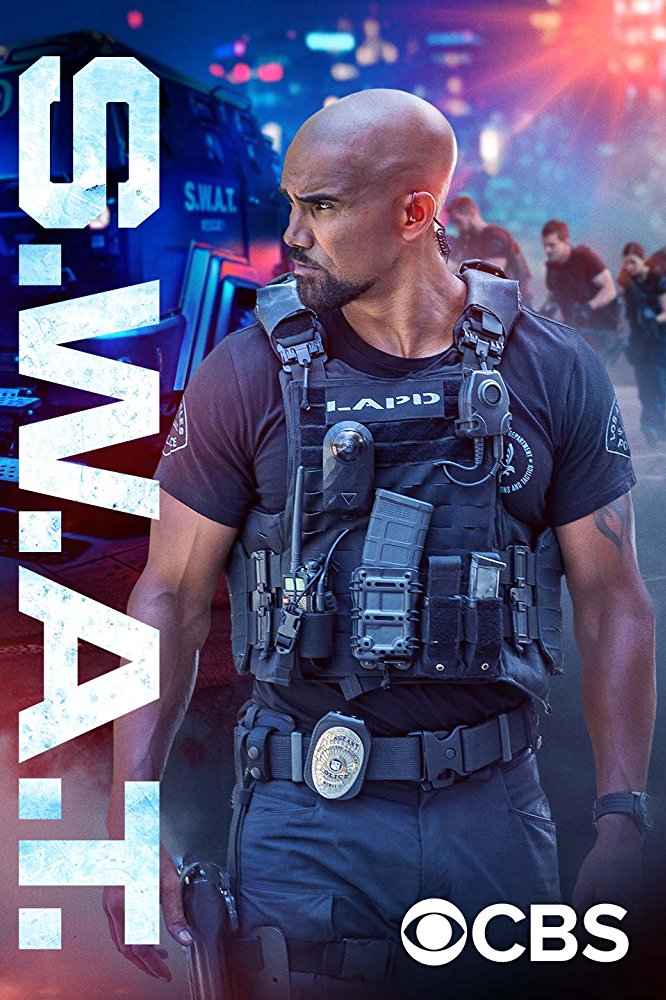 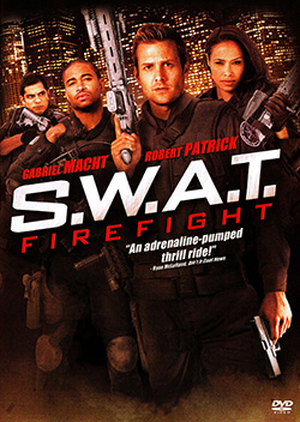 S.W.A.T.: Firefight is a 2011 American direct-to-DVD action crime film directed by Benny Boom. It is a sequel to the 2003 film S.W.A.T., based on the 1975 S.W.A.T. television series. The film does not feature any of the original cast nor are there any mentions of the previous film.

Sgt. Paul Cutler (Gabriel Macht) is an ex-military Los Angeles Police Department S.W.A.T. officer and considered to be one of the best, even holding a record of having no civilian casualties for ten years. After successfully rescuing hostages with no casualties, Cutler is requested to train the Detroit S.W.A.T. with an updated training curriculum from the F.B.I.'s Hostage Rescue Team training program. Shortly after arriving in Detroit, Cutler immediately imposes his authority and has a rough time with the Captain (Giancarlo Esposito) of the department as well as one of the senior S.W.A.T. leaders Justin Kellogg (Nicholas Gonzalez). During the middle of a training exercise, the team responds to an emergency call when ex-government agent Walter Hatch (Robert Patrick) is holding his girlfriend (Kristanna Loken) hostage.

The girl is rescued but takes Officer Kellogg's handgun and asks Cutler to move so she can shoot Hatch. When Cutler tries to calm her down, she puts the gun to her head and commits suicide. Cutler's 10-year record with no hostages lost is broken and it takes its toll on him. The rift between Cutler and Kellogg escalates at a local bar, where Cutler makes a bet for Kellogg to beat him in a higher score with an arcade machine in exchange for Cutler leaving the city. Kellogg loses the bet, and is instead reassigned to "Charlie Company". Due to low manpower, Cutler enlists military squadmate Lori Barton (Shannon Kane) to assist his training. As the training goes on, Hatch steals a binder which contains details of tactics and information on the members. Meanwhile, Cutler starts a passionate relationship with Kim Byers (Carly Pope), the Detroit PD's Psychiatrist. The phone calls from Hatch now increase and he kidnaps Kim after planting a bomb under Cutler's car and shooting a member of S.W.A.T.. The Captain orders Cutler to return to Los Angeles, where Hatch wouldn't be able to target him.

The team is then called to a derelict warehouse where things do not appear to be right as no officers are on the scene. In the van, communication from the station shows that the call was a hoax. One S.W.A.T. officer is killed by a bomb while Barton and Watters are kidnapped. Aware of the full situation, Kellogg gives Cutler access to the armory and a squad car to save the hostages at one of the training grounds. Cutler briefly rescues Watters, but Watters perishes due to gunshot wounds to the chest from one of Hatch's henchmen. Cutler manages to save Barton and pursues Hatch. Cutler engages Hatch in a hand-to-hand fight while Kim tries to cut free from a bomb vest. She manages to escape it after Lori breaks the chain holding her with a shot from her sniper rifle, and throws it towards Hatch just as Cutler kicks him back into the wall. Cutler fires a shot, hitting the vest and detonating it, killing Hatch. Support arrives, with Cutler graduating the surviving members. Cutler asks Kim if she wants to go back to Los Angeles with him and she silently nodded as they held other.

On film review aggregator Rotten Tomatoes, it received an audience rating of 34% based on 379 ratings.

IMDb featured mixed reviews, with some calling it bad for reasons (i.e. not featuring the original cast), and others saying it was either good or mixed (with some saying that it was "better than expected").